A LIsbon street scene. Artwork by ArtTower at Pixabay

Lisbon, Portugal’s ‘City of Seven Hills’, presents visitors with the alluring prospect of not only a wonderful city break but a beach holiday too.

This enticing proposition – not at all harmed by the capital’s fresh and sumptuous seafood, cheap wine and almost guaranteed glorious weather – means Lisbon receives around 4.5 million visitors per year.

The westernmost capital city in continental Europe, Lisbon’s name – written as Lisboa in Portuguese – is said to derive from Olisipo, with the founding of the city being attributed to Odysseus, hero of Homer’s Odyssey.

While the mythological beginnings of Lisbon have since given way to historical fact that the Phoenicians were the city’s first major inhabitants in around 1200 BC, the myths surrounding Odysseus still underpin Lisbon’s fascinating heritage.

The city has a strong exploration heritage, with the Portuguese at the forefront of overseas discovery between the 15th and 17th centuries. Many of Lisbon’s key attractions pay homage to the country’s involvement in the Age of Discovery.

In 1755, the Portuguese capital suffered a devastating earthquake which largely destroyed the centre, but it was later rebuilt by the Marquês de Pombal, whose statue sits at the foot of Parque Eduardo VII.

As such, Lisbon is steeped in history and culture, largely based around the dominating River Tagus, but with plenty of modern twists and touches.

One such modern attraction can be found at Parque das Nações (Park of the Nations). Developed for the 1998 World’s Fair (Expo ’98), the area boasts Europe’s largest indoor aquarium, a water garden, cable car, and plenty of bars and restaurants, all looking out to the Vasco da Gama Bridge – the longest in the European Union.

With so many hills, Lisbon offers a number of spectacular vantage points. For breathtaking views and great photo opportunities, head to Miradouro da Graça, Miradouro das Portas do Sol, or to the top of the Santa Justa Lift.

Alternatively, Pilar 7 Bridge Experience not only offers great views across the River Tagus and the South Bank; it’s also a wonderful opportunity to learn about the construction of the famous 25 de Abril Bridge which spans the river.

One landmark you’ll spot from most of Lisbon’s vantage points is Castelo de São Jorge, which looms over the Alfama district. Dating back to the 1st century BC, it’s a great spot for history buffs. Meanwhile, the Sé Cathedral is another famous site worth a visit.

Now, we promised a beach holiday as well as a city break, and the area boasts a range of spectacular, golden-sand beaches within just 45 minutes of the city centre. Accessible by public transport, Praia de Caxias, Praia de Carcavelos and Praia da Conceição are just three of many such offerings, which make for a great day trip.

Cascais, a former fishing village with a number of beaches, also boasts an array of mouth-watering seafood restaurants, and while it’s hardly surprising a coastal city serves up delicious fish, Lisbon really does excel in this area.

When in season, sardines are a local staple and can be enjoyed pretty much anywhere. There’s even an entire gift shop dedicated to the tinned fish – The Fantastic World of Portuguese Sardines (Mundo Fantástico das Conservas Portuguesa) – which can be found in the heart of the city, Praça Dom Pedro IV.

But no mention of food in Lisbon is worth its salted cod (bacalhau) unless we share the delights of pastéis de nata. Basically, a tourist attraction in its own right, the delicious Portuguese custard tart is an institution and simply has to be sampled.

And not just any old pastéis de nata either. Be sure to head to Belém, home to Pastéis de Belém, birthplace of the sweet treat. The queues are worth it!

While in Belém, you can also visit a number of important sites, including Jerónimos Monastery, Belém Tower and the Discoveries Monument (Padrão dos Descobrimentos).

You’ll also find plenty of crisp, fresh wine in the city’s bars and restaurants – at a very reasonable price – while beer drinkers will enjoy a cold pint of Sagres.

If you’re relatively fit and active, Lisbon is a walkable city – just be prepared for some pretty steep hills. Otherwise, there is a cheap and reliable Metro system with four lines. Even if you don’t plan to use the Metro much, it’s a good way to get to the city centre from the airport and also to get to Parque das Nações.

Above ground, the city also operates an extensive tram network, popular with locals and tourists alike, while the elevators (funiculars) are both a bit of a tourist attraction and a good alternative for getting up some of the steeper hills.

Lisbon can be reached in just three hours direct from London Gatwick, with prices at around £90 return. Direct flights also operate from London Stansted, London Luton, London Heathrow and Manchester.

During the COVID-19 pandemic, the UK government is advising against all but essential international travel, and those returning to England, Scotland, Wales or Northern Ireland from many other countries – including Portugal at the time of writing (19 September 2020) – will usually need to self-isolate for 14 days. At this time, we advise consulting the UK government’s up-to-date foreign travel advice for Portugal before planning any visit, and checking the latest travel corridor information for England, Scotland, Wales or Northern Ireland, depending on where you are resident. 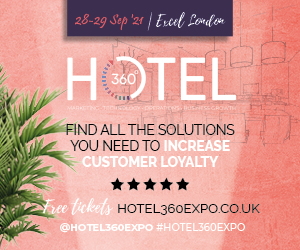 Dog Friendly Getaways is a recommendation site for all pet friendly accommodation and days out, and they scour the web for all the latest deals.