Whether you prefer stunning castles, stimulating walks or the buzz of a lively city, you’ll find plenty to enjoy in Aberdeen and Royal Deeside.

Named after its longstanding association with the British Royal Family, Royal Deeside contains some of Scotland’s most beautiful scenery, much of it within the Cairngorms National Park. Close to Braemar, on the National Trust for Scotland’s Mar Lodge Estate, the sparkling River Dee passes through the 300-metre-high natural rock gorge at Linn of Dee.

This area is also the starting point for some lovely walks; one of the best starts at Linn of Quoich, taking hikers on a ten-mile circuit along Glen Quoich, through the eerily beautiful pass of Clais Fhearnaig, and back to the starting point via Glen Lui and Mar Lodge.

Braemar itself is a village of fewer than 900 inhabitants, and is most famous for its annual Highland games – the Braemar Gathering, attended by the Royal Family. If tossing the caber isn’t your thing, then Braemar’s delightful restaurants and tea rooms are bound to catch the eye – whether you’ve enjoyed a day walking in the mountains, or just want a relaxing way to round off a less energetic day of sightseeing.

For heritage lovers, the Royal Family’s summer home at Balmoral Castle is one of the defining landmarks of Royal Deeside, and is normally open to the public during the autumn and spring. Balmoral is, however, just one of the many castles for which Royal Deeside is famed. A personal favourite is the 16th-century Crathes Castle, near Banchory, now in the care of the National Trust for Scotland and open all year round. The Castle’s Jacobean interior is fascinating, while the gardens and wider estate walks provide plenty of scope for a full-day visit.

Half an hour’s drive away, on the North Sea coast, Dunottar Castle, near Stonehaven, must be one of the UK’s most romantic ruins. From Stonehaven’s attractive town centre – which is worth exploring in its own right – the Castle can be reached via a two-mile walk along the cliff top, with stunning views at every turn.

15 miles north of Stonehaven, the ‘Granite City’ of Aberdeen is always worth a visit, with the area around Union Street home to some of the city’s most recognised and interesting buildings. The tower of the new Town House, built between 1868 and 1873, dominates the skyline, while the Music Hall and Kirk of St Nicholas Uniting are among the street’s other well-known landmarks.

Shopaholics are also well catered for, with Aberdeen boasting big names alongside plenty of more individual shops. The St Nicholas & Bon Accord Shopping Centres are connected to the department store John Lewis, while lovers of affordable fashion are likely to head to the Trinity Centre’s Debenhams and Primark stores. The city’s newest mall, Union Square, opened in 2009, showcasing top fashion names, such as H&M, Zara and Hollister, alongside a branch of the iconic Apple Store.

As well as being an attractive destination in its own right, Aberdeen is an ideal gateway for exploring this part of Scotland. Close to the Union Square shops, the city’s main railway station is served by three train operators – ScotRail, East Coast and CrossCountry – providing direct access from Edinburgh, Newcastle, Leeds and London.

Alternatively, Aberdeen’s busy airport, at Dyce, is less than six miles from the city centre. As well as serving many domestic destinations, including London’s Heathrow and Gatwick airports, flights also connect Aberdeen to key European cities such as Amsterdam, Copenhagen and Paris.

As you would expect from a city of its size, Aberdeen boasts accommodation for all pockets, ranging from upmarket names – like the city centre DoubleTree by Hilton Hotel – to quirky boutique hotels and the ubiquitous low-cost chains.

Alternatively, don’t overlook the lovely accommodation that can be found in Royal Deeside itself. Despite its small size, Braemar is an ideal centre for exploring the region, with two large and imposing hotels – built in the Scottish baronial style – and numerous B&Bs.

There is also a great range of places to stay in the Ballater area, including the lovely Hilton Grand Vacations at Craigendarroch Suites. Combining Hilton’s reputation for quality with the feel of a country house hotel, the Hilton Craigendarroch’s location – within the Cairngorms National Park, eight miles from Balmoral, and overlooking the Dee Valley – couldn’t be better.

Whether it’s bathed in autumn light or covered in a blanket of snow, a visit to Aberdeen and Royal Deeside is always a delight – so treat yourself to a pre-Christmas break and you’re sure to enter the festive season feeling relaxed and fulfilled!

For more ideas, visit the Visit Royal Deeside and the Cairngorms website 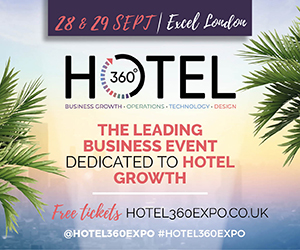 Heartland Travel are a family-run Scottish small-group tour company, delivering tours to the Highlands, Isle of Skye and Loch Ness.